Who is Captain Jim? 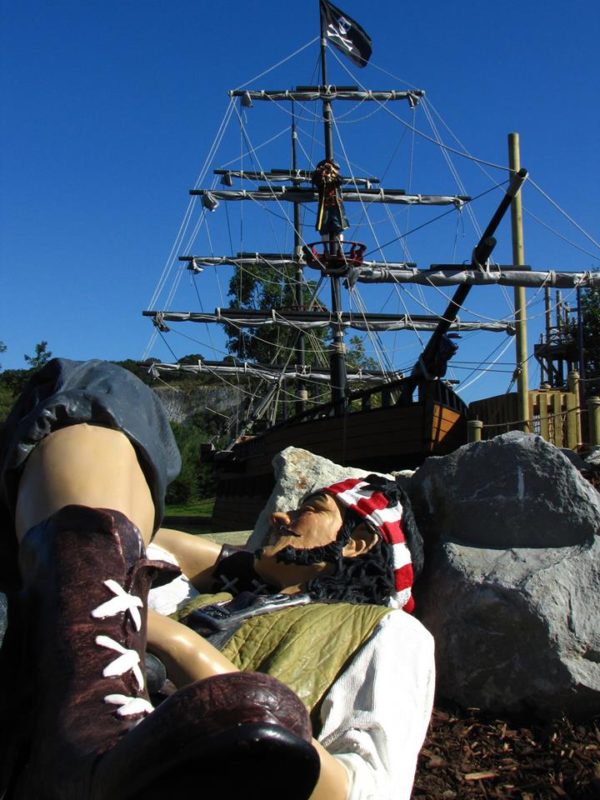 The dictionary describes a Pirate as “a person who robs ships”, now old Captain Jim is not a your everyday Pirate. The tale of Captain Jim starts way back… before Pirate Cove … Before Bluewater and just a long time ago.

Captain Jim used to sail the seven seas in search for happiness, yes he tried to Pirate but this wasn’t what Captain Jim truly wanted, he sailed and searched the sea using his one good eye, yet he just never could figure out what it was that would make him happy.

Until one day after receiving a message in a bottle from his good friend Captain Jack Sparrow he found the answer! So he set sail on a quest for true happiness, he battled the high seas and fought away the challenges from other Pirates until….. There it was; he was done!

Captain Jim had found it…. Pirate Cove Adventure Park! This was where Captain Jim would find his true happiness, Adventure Golf.

Now in his golden years of retirement Captain Jim explores the lands of Pirate Cove and tests his putting skills against any willing crew members who wish to challenge his 36 Adventure Golf holes of Pirate fun.

You will find him dancing a merry jig and singing and telling tales of the seven seas. Make sure you keep an eye out for him and climb aboard the ship (if he lets you) but don’t go causing any mutiny on board otherwise the plank will be where you find yourself.

If you are very lucky you may get to meet Captain Jim – keep a ken eye on your next visit and be sure to say hello!