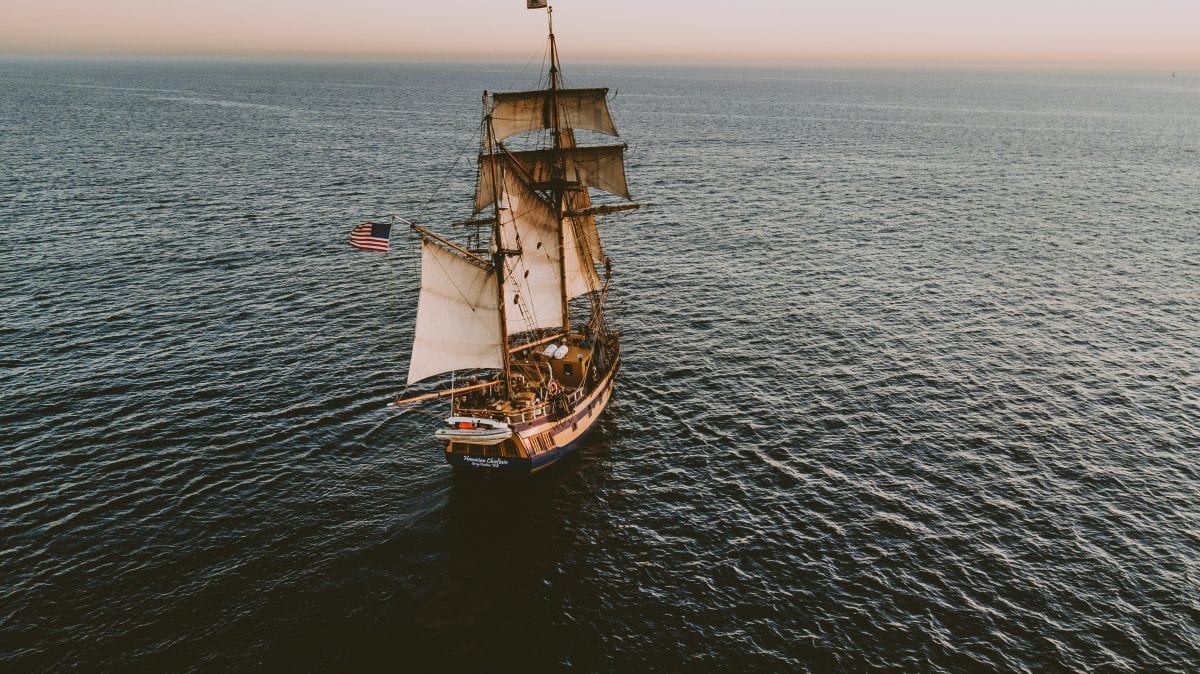 You’ve battled your way through our pirate crew inside the castle. Been equipped with a putter and a ball. You’ve headed up the slope to your right and now it’s time for the biggest decision you’ll ever make at Pirate Cove. This decision will shape your entire journey through the Cove and may determine whether you’ll finish captain of them all…

No matter what course you tackle, you’ll get to experience Smugglers’ cave. You get to dive through the waterfall and challenge pirates of all ages, all whist having a brilliant view of the lake (you may even spot a duck or two)!

The first thing that varies depending on which way you choose is which crew you sail away with. Those paddling off with younger scallywags would be better choosing the Pirates’ Course. This one is slightly easier for those on their first adventuring or those looking for a bit of practice. Not only that but you’ll get a trip on Captain Jim’s very own pirate ship! Now for those looking at battling stormier seas, Smugglers’ course is the one for you. Smugglers’ is the harder of the two courses, meaning those lads and lasses looking for a fierce battle will have a highly competitive game. It’s perfect for those wanting to test their skills.

Those that choose the Pirates’ Course have quite the adventure ahead of them, so I hope you’ve brought enough fruit for the journey- don’t want any of your crew getting scurvy now do we?  This quest starts of smoothly with a few pesky waves that stop that ball rolling straight in, but before you know it we arrive at the abandoned castle. Many legends surround this castle and what happened to result in it being left wrecked and empty. Some say a princess turned into a pirate and escaped by destroying the castle and setting seas with her own crew. Others say Octavia was responsible; while having a strop one day, she raised one tentacle out the water and destroyed the castle in one swipe!

Once you’ve ventured past the castle grounds and past the fountain of youth (where it’s believed if you can see your reflection in the murky waters, you’ll look young forever) you’ll soon meet our resident crocodiles. Now, Kevin and Katie would never harm a fellow pirate, however they do have an annoying habit of swallowing golf balls. But with a well-aimed shot and a bit of luck, you may get a hole-in-one if one of them eats your ball!

Now the last obstacle for a venturing pirate (before their ball is swallowed up by the well) is Captain Jim’s pirate ship. This bright ship has sailed the seas many times- always returning for those to play golf. Any pirate that dares enter the ship must watch out for the Captain himself. He’s always looking to recruit new crew members and if you’re not shore-bound by closing time he might just sail off with you still on board!

Now for those pirates brave enough to tackle the Smugglers’ Course, I hope you have your putters at the ready- it’s going to be a bumpy sail. The Smugglers’ course plunges you right in the deep end (not literally… well depends how bad you are) but very soon in your Smugglers’ quest you find yourself tip-toeing past Octavia, across the bridge and into Smugglers’ cave. Now, if you thought the legends behind the castle were scary, Smugglers’ cave isn’t the place for you and I wouldn’t blame you for sailing away. However, if you were brave enough to tackle this course, I know you’ll be brave enough to hear these stories- but remember they’re just stories (or are they)…  Some say if you peer through the right crack in the cave you can spot some pirates, trapped in a time lock forever. It’s said that these pirates were caught stealing from a very angry mermaid, who cursed them so they could have her gold forever more!

If you thought the worst of the quest was behind you once you left Smuggler’s cave (assuming you’ve not been stealing from any angry mermaids) think again. You’ve hit the rapids.  Although these rapids look harmless, they’ve been known to swallow up golf balls whole. So, if you’re planning on taking a shot through these waves, make sure you’ve got a spare at hand!

You’ve almost made it to the end, the last danger on your quest is the pirate graveyard- also known as Davy Jones’ Locker. Even though ours is in plain sight, plenty o’ sailors have disappeared here without trace until a mysterious gravestone appears.  These gravestones however, are unlike any others you’ve seen before. Instead of showing the dates that the pirates perished, they show coordinates revealing where the pirates have disappeared to. When crews have sailed to these spots they have found the “disappeared” alive and well – often with a large pile of gold! (what a fairy-tale ending)

So, have you decided which you’d like to tackle first? Are you up for a Pirate Adventure or a Smuggler’s Quest? Why not decided for yourself, remember if you try one of our courses, you’ll get the second half price!