A Day as Part of Captain Jim’s Crew! 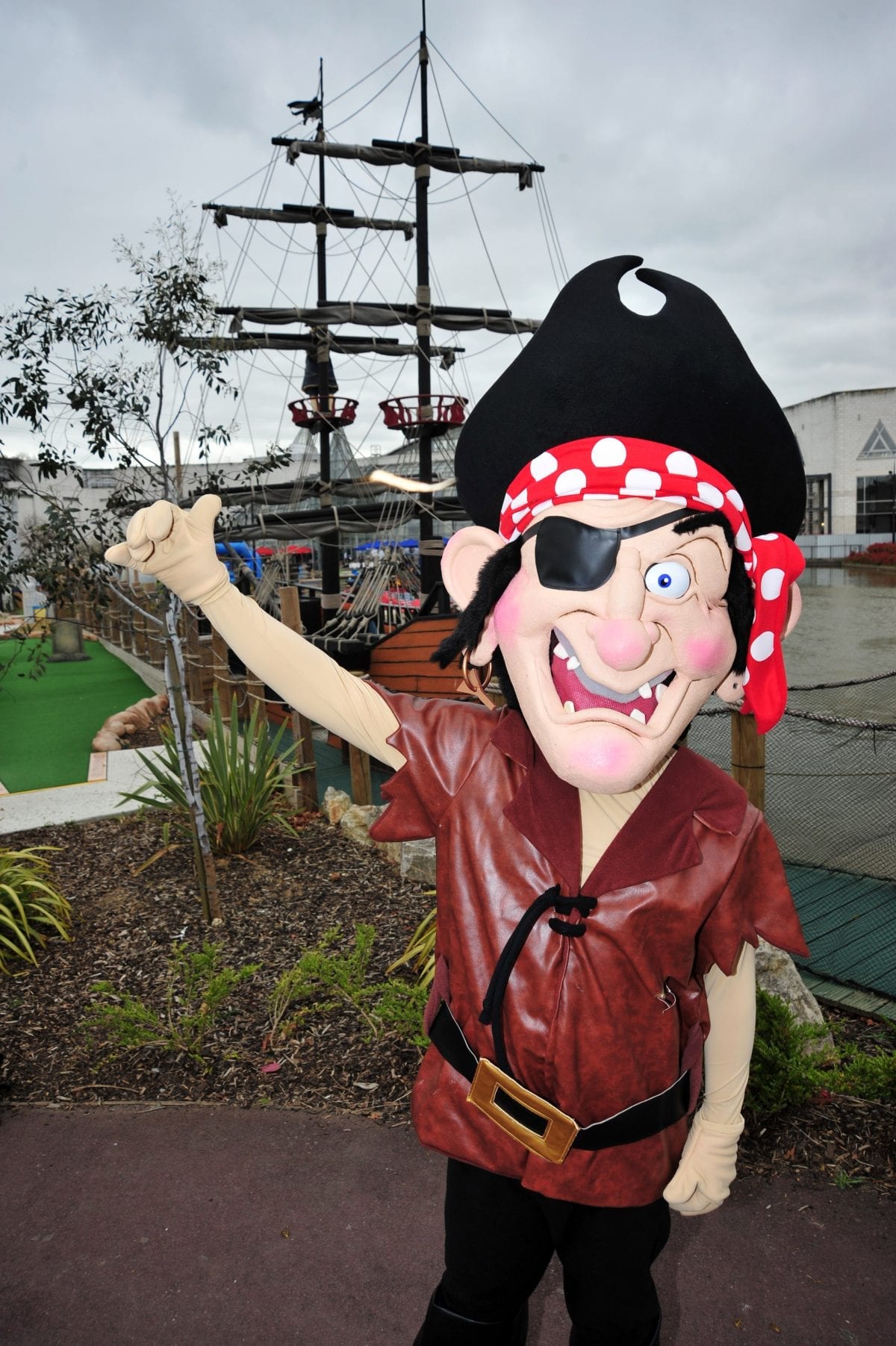 Ahoy there! Eleanor here and I’m one of Captain Jim’s crew, trusted with looking after younger pirates and scallywags at Pirate Cove. Being part of the crew is a very important role and I’m responsible for some of the most vital tasks. We’ve got to make sure that the ship sails through every day, even on some of the rainiest of days.

The first job of the day is to make sure that every single pirate planning on joining our crew for the day is given the perfect coloured golf ball. Be it canon ball black, sea blue or parrot red- we have them ALL. (Except silver and gold because those sneaky pirates have stolen them!).

The next thing all good pirate golfers need is a golf club (AKA putters or sticks and the occasional racket- we’ve heard them all!).  So, my next job is to make sure that, from the smallest scallywag to the tallest captain, everyone gets the putter they need to help score that ‘ hole-in-one’. Now, here’s a sneaky secret, just for you. The best way to get the putter that’s right for you is to make sure the putter you chose is hip height! You never know you might need to trade up those tiny purple putters for a long black one as you continue to board the ship.

My next job of the day is one of my absolute favourites!! Course hosting! This means that I get to spend the day, rain or shine, walking around our beautiful course and talking to all the awesome golfers out there. Sometimes even accompanied by Captain Jim himself. Us course hosts tend to stand out in the crowd (and not just because of our bright blue shirts) but because of the huge smiles on our faces from meeting all the pirates in training out on the course.

Captain Jim is, of course, the most important pirate in our crew (he’s captain for a reason.) Although he voyages to warmer places during the cold winter months he’s nearly always around once thing start to warm up. Captain Jim joins course hosts to take pictures with brave pirates and sometimes even challenges them to a hole of golf!

Careful though; if Jim does challenge you to a round of Adventure Golf, he’s got a lot of skill (and is a very sore loser.)

We’re always on the lookout for those skilled pirates who’ve got a hole in one somewhere on their adventure. Anyone who does wins a medal, eyepatch or even a telescope! If you’re lucky enough you may even get a free round of golf if you win on our hole of the day. Make sure to ask someone on you’re way out (and don’t forget those loyalty card stamps so you can return even sooner!)

But don’t fret! Even the most amateur golfers can win at Pirate Cove. Walking around I’m extremely impressed by the pirates battling through stormy seas, accidental trick shots and some excellent pirate moves.

If you’re doing 18 or 36 holes we often find that somewhere along the way someone is going to the hit the ball into the water (and every group knows exactly who it’ll be) which is why a course host will always have a spare ball or two on hand. Especially for that canon shot catastrophe!

It’s incredibly exciting to be part of Captain Jim’s crew and I’m hoping that I’ll get to see all you pirates (young and old) soon! If you do come along give us your best pirate impressions and let us know in the castle if you’ve had a good time once you get back to dry land!