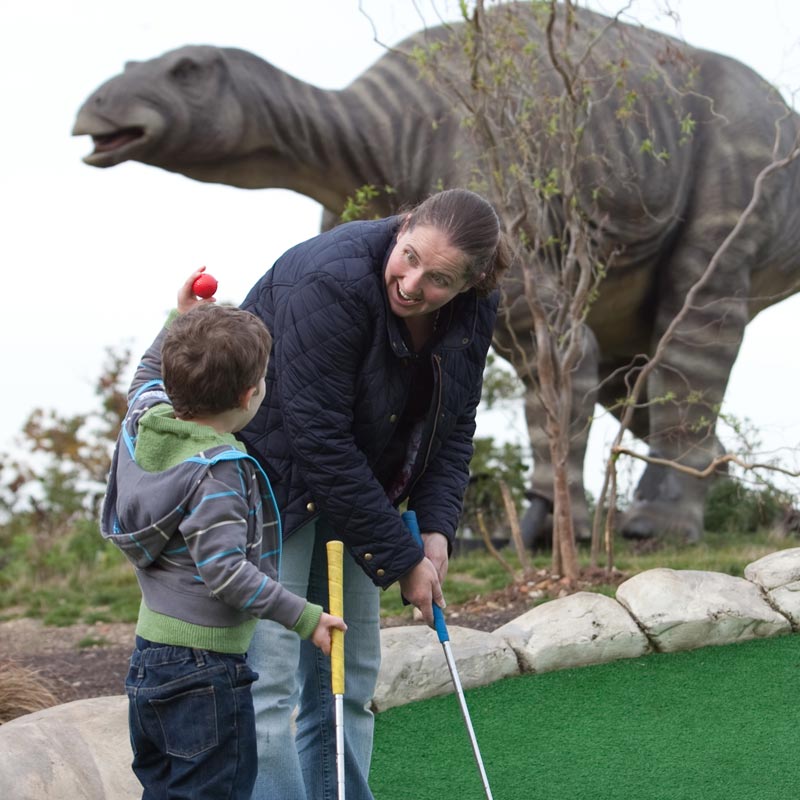 Climbing Altitude Adventure is more than just a thrilling experience; the high ropes course offers a sweeping spectacle of the tropical themed Jurassic Falls Adventure Golf course with palm trees and a rock-faced waterfall which creates a home to some of the most realistic dinosaurs.

Tread carefully on the tight rope so not to wake the ferocious T Rex lurking down below. Expect the unexpected while teetering across the zigzag rope bridge though, as this mighty T-Rex doesn’t like his territory being invaded so BEWARE!

Once reaching the highest level your whole perspective is transformed by breathtaking scenery, filled with London’s most sought after attractions, an impressive cityscape and a bird’s eye view of 65 million years in the making… behold Jurassic Falls Adventure Golf!

Maintain your focus and balance on our lily pads whilst trying to catch a glimpse of the awe inspiring Shard with its looming 95-storey frame and the Gherkin, which can be spotted a stone’s throw away from its rival.

Get Involved, send in your best pictures to @AltitudeAdven and they might even make it onto our site.