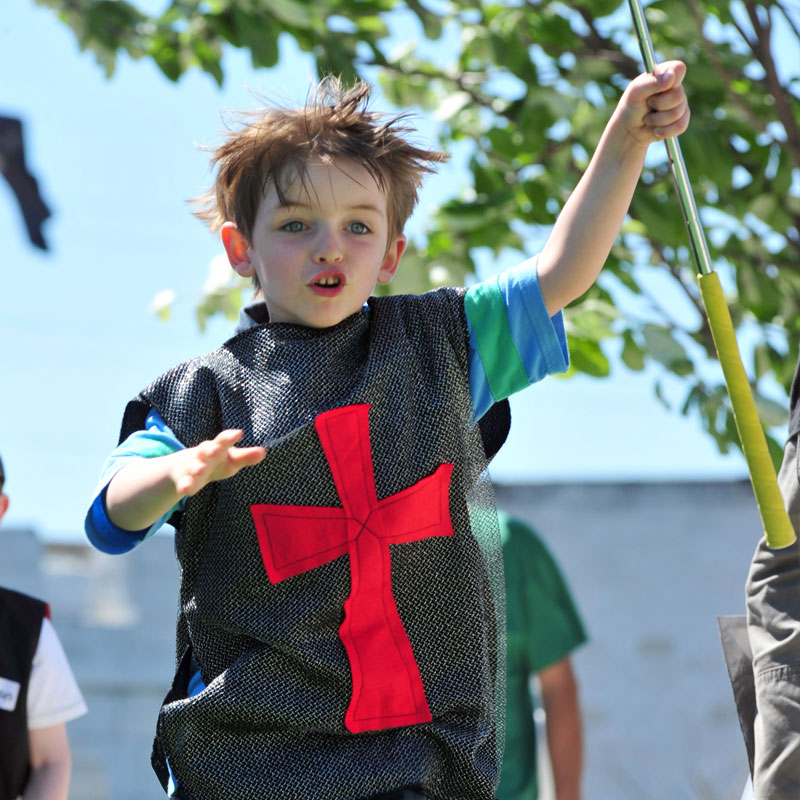 Pirate Adventure Golfers:
As pirates, we are constantly navigating our ships through reefs and stormy seas. We use our skill and precision to stay clear of dangerous obstacles like whirlpools and jagged rocks, and our cunning and tactics to successfully keep clear of shark infested bays and rogue pirate crews to reach our destination. This has prepared us for any manner of adventure golf hazard that can be thrown at us and you can be sure that we’ll come through to get the treasure at the end; a much lower score than those dinosaurs could even dream of.
When you’ve got past the obstacles, or there’s a straight shot to your destination, there’s no finer adventure golfer than our pirates. The cannons on our ships give us all the practice we need to achieve that most prized of all treasures, the elusive hole in one. Our expertise in cannon marksmanship sets us above all other contenders, although you’re welcome to climb aboard to challenge us yourselves.
Unlike our calculated and cool adventure golf performances dinosaurs are accident prone, often attempting to bulldoze their way through every obstacle in their path and using their full strength to hit the ball all the way out of bounds. Most of the time they end up kicking other players’ golf balls as well. They are also terrible losers, throwing tantrums, roaring and smashing the surrounding area when they lose. Maybe we should let them win for once.

Secret Winning tactics:
We also have a secret weapon at Pirate Cove, and her name is Octavia. She’s our resident giant pacific octopus who helps to protect and oversea everything that goes on here, and she’s certainly an opponent to avoid for beginners on the adventure golf. She can regularly be found with a club in each arm practicing her “eight holes in one” technique, when she’s not admiring her treasure that is. With her coaching, how can we lose? Just don’t let the dinosaurs know.
Finally, we come to the captains. Captain Jim, THE pirate, has been playing the adventure golf here at Pirate Cove longer than even we know and he knows every trick in the book to come out as the champ. We’re sure Dr Rex over at Jurassic Falls Adventure Golf, Dr Dino at Dinosaur Safari Adventure Golf and Professor Fossil at Dinosaur Escape Adventure Golf are pretty good at adventure golf too but we’d wager all of Octavia’s gold, don’t tell her, that Captain Jim could out-putt any of them.

Who is the Best at Adventure Golf:
So, pirates vs. dinosaurs? We think we’ve got this one, and we’re sure our adventure golf skills will be the best, although I’m sure they would have something to say about that. There’s only one sure fire way to know though, come down to visit us yourselves and let us know who you think would win?
Are you team Pirate Cove? Or Team Dinosaur? Check out our Dinosaur competitors at Jurassic Falls Adventure Golf Chingford, Dinosaur Escape Adventure Golf Northolt, and Dinosaur Safari Adventure Golf Barnet